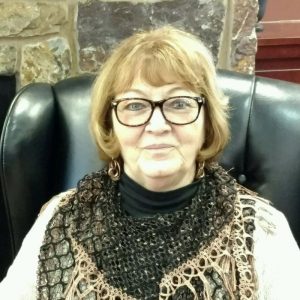 Connie’s banking career started at the First National Bank in Montgomery in July, 1966. Starting in the bookkeeping department, she advanced to Head teller in 1967 and a Loan Officer in 1971. When First National Bank was sold to Frandsen Bank and Trust in 2008, Connie retired her position as Executive Vice President, and shortly after that, joined CornerStone State Bank in 2008 as President of the new Montgomery branch.

Connie married Bernie Tupy after her first husband of 33 years, Leon White passed away. Connie and Bernie have been married 15 years, and live in Montgomery. She has one daughter and two step sons. She and Bernie have 3 grandchildren. Connie enjoys spending time with her family. She also loves reading, cooking, camping, and visiting shut-ins.

Connie’s expertise is in Consumer/Real Estate Mortgage lending. In 2016 she celebrated 50 years in banking and has worked with many people over the years. She loves people and truly enjoys working with customers.