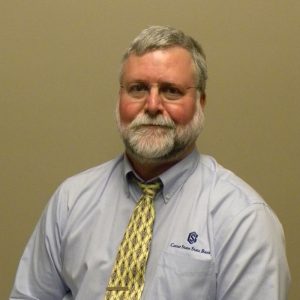 Jim’s banking experience began early, working part-time at his father’s community bank throughout high school. After receiving his undergraduate degree from the University of Wisconsin, River Falls, Jim pursued his post-graduate work at Washington State University. Shortly thereafter, he was hired by the Department of the Navy as a Project Manager for Submarine Sonar Systems. Jim’s responsibilities included acquisition, installation, and upgrading of the Systems. He returned to banking in 1996, at Merchants State Bank in Lewisville, MN, and gained in-depth experience during his five years working as a Loan Officer and overseeing operations.

Jim specializes in consumer mortgage and installment loans and small business loans, but has experience in all areas of banking.